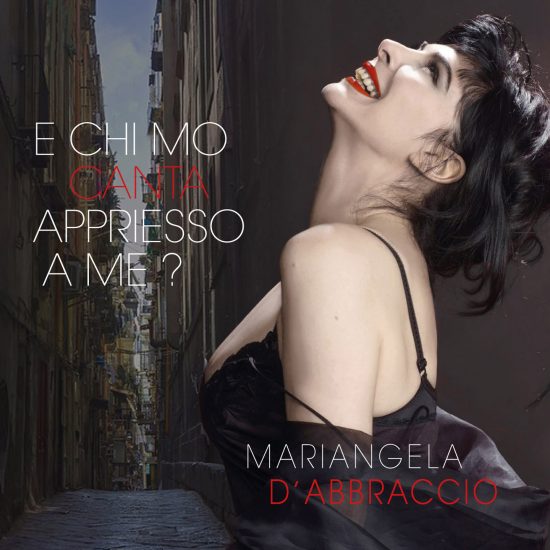 The cycle is complete or almost. He was Pino Daniele, when Mariangela D’ Abbraccio made disco music with the Camomilla, but wanted to recite at all costs to say them: “But like, you are neapolitan, you want to make the actress and you don’t think to Eduardo” And it was own De Filippo, little after, to bless its theatre debut.

“For Pino Daniele, Eduardo was a fundamental point of reference, it had its photos at home, and when Mariangela has recorded two his pieces she has sent to him with an email: “I wanted a his judgment.”

“I haven’t made in time knowing what thought some” remembers the songwriter that those two pieces (“Maggio se ne va” and “Chi tene o mare”) has intentional in the middle of “E chi mo canta appriesso a mme? “(and now who sings with me?), her new CD, published from the Polosud.

The cycle is complete or almost. The first disc of D’Abbraccio “Il cuore di Totò”, it collected the songs of the prince of the laughter unavoidably partenopee; the second, “Teresa la ladra”, it looked for the road of the musical theatre with the griffe of Dacia Maraini and Sergio Cammariere.

This third cd is born from a show that filler to theatre the Neapolitan classic song with the addition of something more modern, able pieces than Carosone, Modugno and Pino Daniele, renovators to respect the tradition, explains she “with these songs same meeting me, my culture, my city, my roots and is convinced that my trade of actress will more and more make the accounts with that of singer, as the theatre will find more and more wants to flirt with music”. Accompanied from the small Tuscany orchestra of Musica da Ripostiglio, Mariangela travels over again the tracks of Lina Sastri: in the directory, in the taste singing, the acoustic agreements that look sometimes to the sound gipsy and klezmer, in the theatre frame that adds recitatives – from Eduardo to Patrons Griffi, from Di Giacomo to Moscato – in its case to “Era de Maggio” and “Passione”, “Tammuriata nera ” and “Tu si na cosa grande”.

The title, stolen to the backs of that “Maruzzella” that launch the career of the Sastri, seems almost a challenge, or perhaps a way in order to admit the common field and to complain without proclaims high-flown own figure. More theatre in offering , sensual in her maturity, sometimes between the lines and others inspired from Gabriella Ferri in facing the agreements that Musica da Ripostiglio sign with Giacomo Zumpano, D’Abbraccio it asks the public to sing “with me”, to follow giving it to new breath “to this her adventure singing that it is entirety testimony than made up to now and starting point for a travel as soon as begun”.